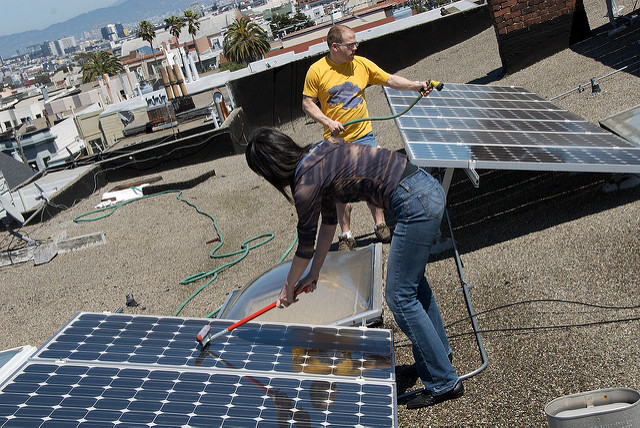 Whilst San Francisco is known for its fog, the city has a new plan for the sun that it does see and this is to turn it into power for its buildings. On Tuesday after a unanimous passing of legislation by the San Francisco Board of Supervisors all new construction that is under ten will now have to install solar panels or solar water heaters on new buildings regardless of whether they are commercial or residential

In accordance with the Californian law, all new builds must designate at least 15% of their rooftops which benefit from the sun to solar products, San Francisco are now requiring the buildings to actually make use of solar panels. These new rules mean that San Francisco will be the first city in America to make it law to have the solar panels on new constructions.

By increasing their use of solar power San Francisco once again become the leaders for the nation in the fight to reduce reliance on fossil fuels and climate change. Supervisor Scott Weiner, put the legislation forward explaining that by activating and maximising unused roof space was an efficient and smart way to promote the use of solar energy whilst also improving the environment.

The new rules are set to become effective as of January 1st, 2017 after which all construction that takes place will fall under the new state laws. In the case of a developer not wanting to add solar panels, there is a backup plan, this being that people can install a roof top garden on the top of the building instead.