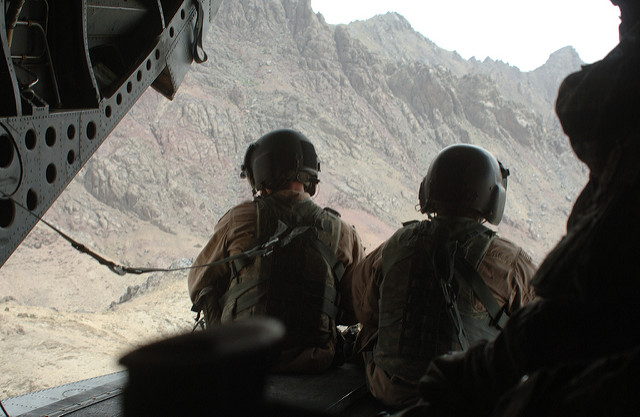 Just three miles outside Lashkar Gah the Afghan soldiers can see a white flag, this is not in surrender, in fact it is quite the opposite. The flag illustrates quite how close the Taliban are to the Helmand Province. Regardless of the Afghan government reassuring that the army can hold and retake the ground it is looking less and less likely.

With the Afghani troops pulling out of the Helmand districts it is understandable that those inside Lashkar Gah are becoming increasingly nervous. A source from the Helmand police made a statement to CNN last week confirming that the army have made little if any headway and that at least five complete districts are now under the full control of the Taliban. He also confirmed that the incredibly valuable opium crop was now being harvested in Helmand and this was the main reason for the Taliban’s focus on the southern area.

Whist the government are denying any suggestion that Helmand is under a threat of Taliban, stating that if it were Helmand would be overrun. The government are blaming the Taliban’s recent advances on the assistance that they are receiving from the fighters coming across from the Pakistani border.

The defence minister added that the newly appointed Afghan army leaders were sensational and whilst they were facing a difficult battle there was no way that Lashkar Gah is on the point of falling. What doesn’t help is the fact that many Afghan soldiers have deserted and now joined the Taliban and more troops with the Afghan army are dying.

This was further confirmed by two deserters who despite undertaking army training and taking an oath to serve their country, the situation has changed and the army has let them down so they had no choice but to join with the Taliban where they are treated really well. There have been record casualties and when their dead and injured comrades lay in their base and no one came to assist them or take them to hospital it was then we realized we should take our skills and used them in a better way, currently this sees us training the Taliban fighters.