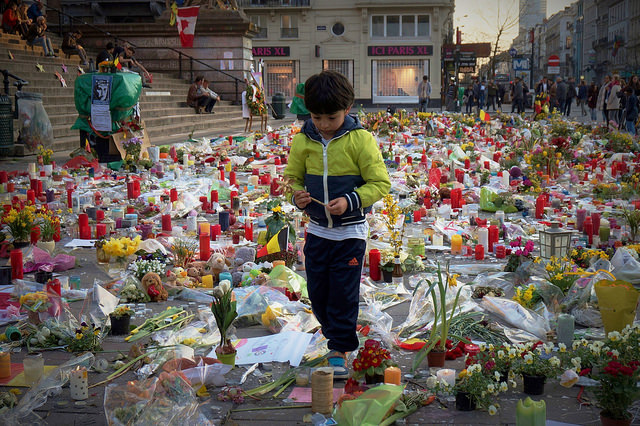 Originally the terror cell that was used on the attacks in Brussels and Paris this year was actually planning the Euro 2016 football championships to be held in France this summer as its target.

According to a report by Libération a French newspaper, Mohamed Abrini, told the Belgian investigators when he was arrested on Friday, that the Islamist group never intended to target Brussels. The group had intended for another attack to be made on France to follow on from the suicide bombings and shootings that left 130 people dead and hundreds more injured in November. The paper reported that in accordance with information that they had been supplied, Abrini said that they were planning to attack  again during the Euro football tournament.

The tournament will be taking place in 10 cities across France in June and July with the opening match and final being due to be held at the Stade de France in Paris, which was also the target of the November attacks. The claim was no surprise to the French police who confirmed that it stood to reason that the terrorists would want to attack Euro 2016 and security forces were examining possible attack scenarios so that they could know exactly how to respond in this type of situation.

Abrini went on to tell detective that the masterminds behind the attacks had feared that the police were getting to close after Salah Abdeslam had been arrested and at that point was considered to be the last surviving terrorist. Three days after his arrest when reports suggested that Abdeslam was helping the police, the targets were switched and saw the staged coordinated attacks on Brussels airport and the metro system, which claimed the lives of another 32 people.

There have been clear links found by investigators between the cell behind the Brussels attacks and the group that had prepared and carried out November’s attacks in Paris. Both of which were claimed by Isis.

Belgian prosecutors have recently reported that Abrini, 31, was a prime suspect in the Paris attacks and had also confessed to being the other bomber at Brussels airport. Abrini has been nicknamed the man in the hat from the CCTV footage that was available showing him leaving a large bag full of explosives in the airport before fleeing on foot.

Abrini had been on the run from police before the Brussels bombings, as he had been since he was identified on CCTV as a major suspect being the driver of the Renault Clio that was used by the gunmen in the Paris attacks.

Four days prior to the bombings taking place the police arrested Abdeslam, Europe’s most wanted man after being on the run for four months. It is thought that Abdeslam had rented two cars that were involved in the Paris attacks using his real name as well as using it to book the hotel rooms that the attackers used. He had travelled to Paris with his childhood friend Abrini, and it is believed that they drove together to drop off the three suicide bombers that blew themselves up in the Stade de France.

Abdeslam, was said to have been found hiding out in Molenbeek in Brussels, just a few streets from where his parent lived. The days prior to his arrest saw police arrive with the intention of searching a flat that they thought was empty in Brussels only to be met with gunfire from behind the door.

One of the police sniper’s shot dead Mohamed Belkaïd, one of the gunmen who was a 35-year-old Algerian living illegally in Belgium. According to Thierry Werts, from the Belgian federal prosecutor’s office they found a Kalashnikov, a book on Salafism and an Islamic State flag next to his body. They also found the fingerprints of Abdeslam in the flat.

Khalid el-Bakraoui, 27, blew himself up on the Brussels metro soon after Ibrahim his elder brother had detonated his suicide vest at Brussels airport, was suspected of being involved in the logistics of the Paris attacks. He had used a false name to rent an apartment in the Forest area where police raided and he was also believed to have rented a safe house in the southern area of Belgium city.

Najim Laachraoui, 24, grew up in Brussels, and blew himself up at the airport attack. He was a suspected Islamic State recruiter and bomb-maker, and his DNA was found on two of the explosives belts that were used in the Paris attacks. Days after the Brussels attacks the French president, reported that those behind the attacks were no longer but he was quick to add that other networks existed and were still a threat.